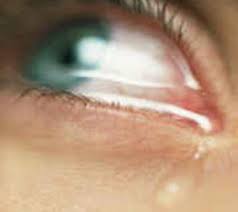 The hotel became her home, sometimes they will fight because of men. They did many things, but upon all her temptations and tribulations, she never forgot that God can change her condition. She had confidence in herself, even if things became more difficult it never affected her anymore. She became more diligent and more determine to face life no matter the outcome. One day because of their frequent fighting and stubbornness the hotel manager sent them out of the hotel, so she moved to another better hotel, one day as the Lord may have it, you know when you in a hotel you look very different than when you are at home;

so her selfish boyfriend that brought her to Abuja came to the hotel to have fun, unfortunately to him Hope was the girl he picked not knowing that she is the same girl that was staying with him because her looks was very different from  the way she usually look. Hope made sure he became drunk, she led him to the room, where she found out that he was carry a hug amount of money in his bag, Hope made away with his money, boarded a bus from Abuja to Lagos in a night journey and reached Lagos in the morning without a place to stay, she had to lodge in a hotel close to Oshodi.

She stayed there for two weeks which after that she started from where she stopped in Abuja but before she left the room that night she left a note for him on the bed, she wrote: “what  goes around comes around”  that is how she relocated ourself  from Abuja to Lagos for real prostitution.

Few months later, she contacted a very deadly disease that almost took her life at the age of 20 years.

She did five horrible abortions by then she never knew the danger and implication of what she was doing. She never let her problems get the best of her before she was able to get the cure of that disease she spent a lot of money.

She regretted all her actions so she came across one sister around the hotel she was staying, so after her treatment, she went to her for help and she accepted to help her but it was worst experience than the one she had before. She stayed in an uncompleted building with her boyfriend, they accommodated her, and turned her into full time house help. She would wash her cloths, her under wears and her boyfriend’s own.  She was doing it because she had no choice she was like someone who is eating kola nut it could be bitter or sweet whether yes or no she was speechless because the way she preaches and her look is not the same, she look like angel when preaching but look like Lucifer when at home, Hope thought she could endure it but it was more harder than she thought it will be.

This is a text widget, which allows you to add text or HTML to your sidebar. You can use them to display text, links, images, HTML, or a combination of these. Edit them in the Widget section of the Customizer.